Why are screws needed in keyhole bunion surgery when some surgeons don’t use them?

Why are screws needed in keyhole bunion surgery when some surgeons don’t use them?
Posted on: 30 April, 2021 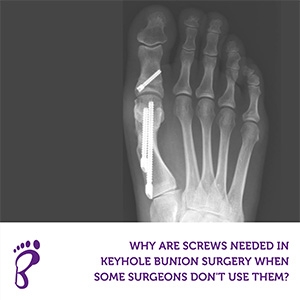 There are different surgical techniques that patients may come across when researching minimally invasive (or keyhole) bunion surgery.

In a few cases, surgeons prefer not to use any screws to hold the bunion correction.

In order to achieve a long-lasting correction, without the bunion coming back in the future, I believe the bunion must be shifted back all the way to its original position.

In addition, it is imperative to 'lock out' the unstable mid-foot joint, to prevent future movement and the bunion returning.

To achieve these two important goals, the bunion correction should involve a large translation of the bone, held in this position until the bone reforms, creating the newly aligned toe.

This image explains the difference with and without the use of a screw. 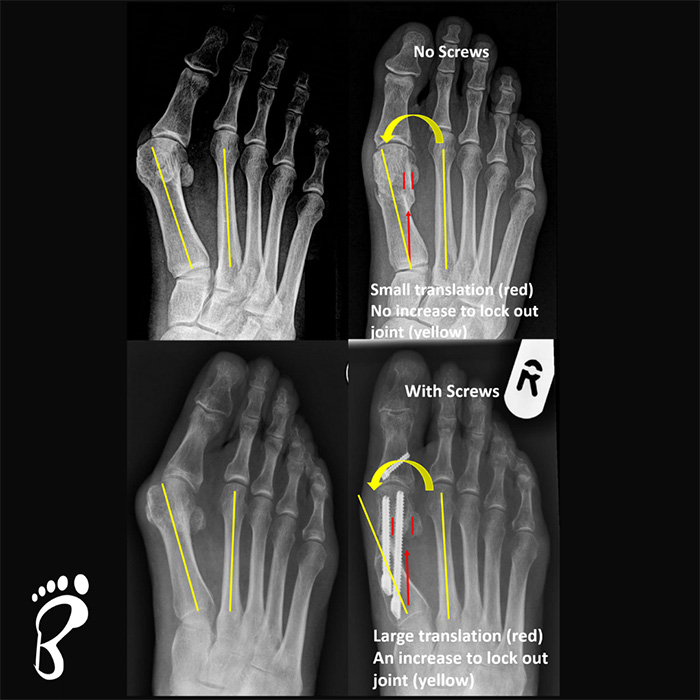 Without the use of a screw, several problems may occur:

Here is a photograph of the screws I use in minimally invasive bunion surgery. 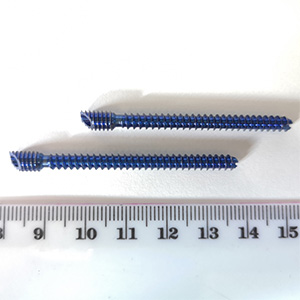 Patients may have concerns about having something foreign inside the body, however there are several myths around this:

Screws give the advantage of a reliable means of maintaining an excellent bunion correction, without the need for prolonged bandaging. They also facilitate immediate weight-bearing and prevent long-term recurrence of the bunion.

If you have any questions about the minimally invasive technique I use to correct bunions, or would like to book a consultation, please get in touch!